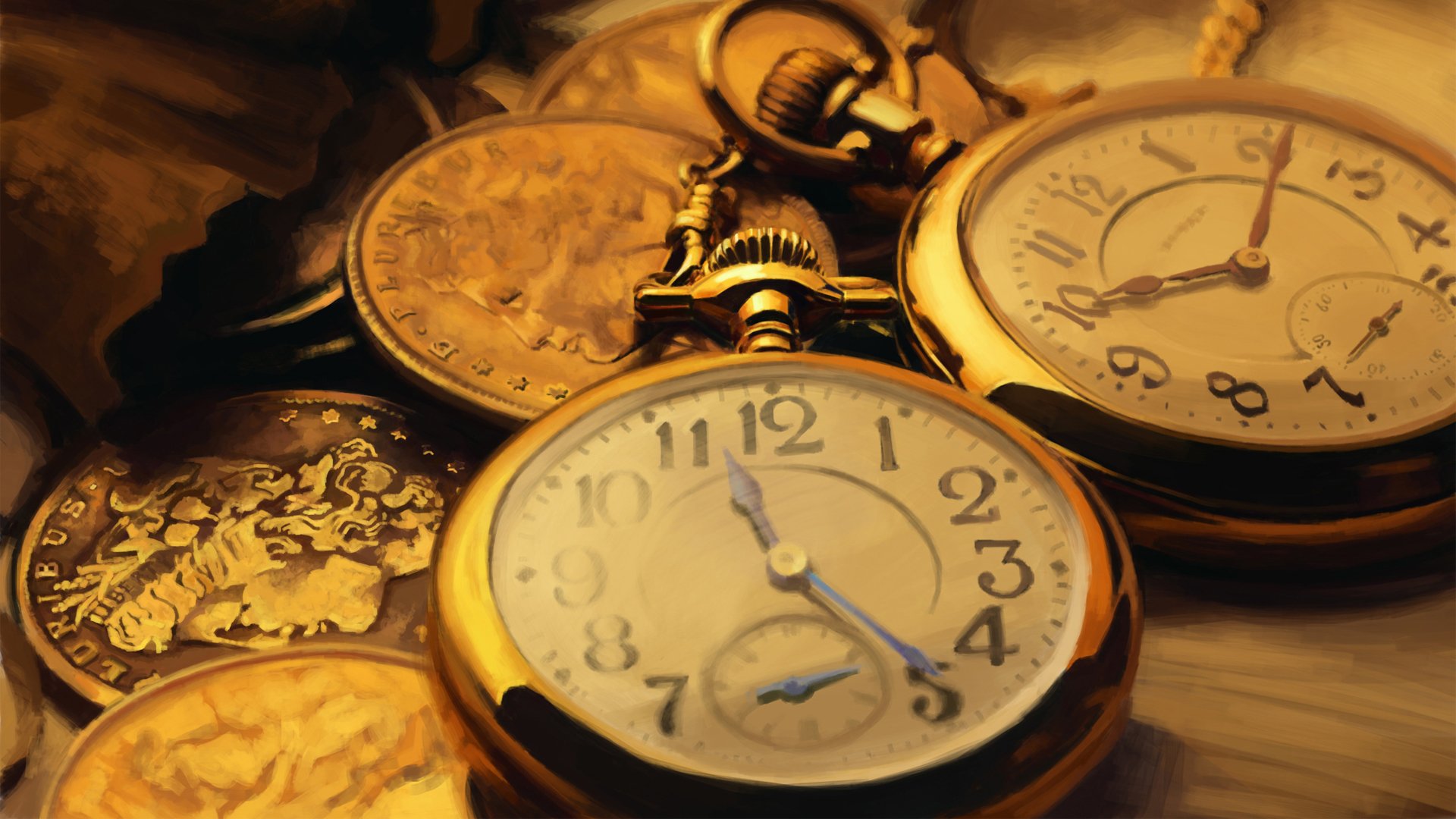 Recompense – Healing for The Human Heart

Compensation given or restitution paid for loss or harm suffered

The music industry has a terrible and long-standing history of fiscal abuse. Stories of people working hard, generating millions of pounds, but getting nothing back in return are quite commonplace. There are many documented cases where artists have been tied to deals that are totally one-sided, yet few of the corporations who profit handsomely from these unjust agreements are ever made to pay proper compensation for their crimes. I know of instances where even after companies admitted serious wrongdoing, they went to great lengths to ensure that they did not compensate the victims of their malicious and clearly proven intent. The culture of systemic abuse continues unabated because the larger (and by extension) wealthier companies have the seemingly endless resources to keep legal cases going until the other party runs out of patience, strength or money.

Recompense will help the broken hearted to heal.

The other common reason is even more disturbing. Many of the creative people I have met during the course of my extensive career are uneducated about their rights or entitlements in regard to contracts, breaches or potential compensatory remedies when their deals go bad. The often incestuous relationship between the lawyers hired to defend the rights of their clients and the companies they also (often secretly) represent is a bigger issue that people perhaps realise and creative people need to become better informed about the overlapping connections shared between them, their legal representatives and the music business overall.

I’ve seen many a casual shrug of the shoulder after asking people why no compensation was sought when it became clear that they had been hard-done-by and whilst it’s easy to criticise people for giving up, the truth is rather more complex than that. If someone is still reeling from the reality that their expected ‘success’ will not materialise or that the music news essays they worked so hard to produce is ‘locked-up’ – mounting a challenge to extract compensation represents a bridge too far. I am currently fighting both Warner-Chappell Music Publishing and Universal Music Publishing for compensation due their lack of respect for legal contracts. Details of how those cases are progressing will be published on the Music Justice website in due course.

Robbery is so wrong and victims of it can be badly affected for a very long time.

Theft (however you choose to define it) is endemic within the music industry. Some artists wrongly claim shares to songs they didn’t write. Some companies claim to own publishing or recording rights that legally belong to others. Some performers have made significant contributions to a creative process that generated millions yet saw nothing in terms of reasonable fiscal reward for their work. I personally know of some truly gifted performers who have not sung or played a note since it became clear that were never going to receive their rightful dues for work they delivered. I also know of other equally capable musicians and singers who are working ever harder for unjust pay due to the actions of ruthless corporations. Stories of sexual, monetary, physical and emotional abuse are common within the music business, yet those who practice these heinous crimes seem to escape unpunished. By raising public awareness about the evil that goes on behind the scenes, we can stop the abuses and facilitate punitive compensation for the victims of the illegal practices inflicted on them by global recording and publishing conglomerates.

Recompense would serve a dual purpose. On the one hand, fiscal compensation would go some way to remedying the wrongs that occur on a daily basis in what is a multi-billion dollar industry (which remains largely unregulated). On the other hand, punitive fiscal compensation that exceeds the revenue that might legitimately have been earned would quickly persuade perpetrators of unfair practices to amend their ways. In one recent (and highly publicised) case, the damages paid to those who had fallen foul of blatant theft, was nearly 3 times the actual revenue generated and the parties penalised have felt the effect where it hurts them most: in their wallets. Fiscal restitution is a beloved cousin of restoration – a subject comprehensively covered elsewhere on this website. Money doesn’t solve everything but it does help people to get back on their feet and provides much needed capital for those who have been bereft of it for too long.

During a meeting with Ahmet Ertegun (founder of Atlantic Records) in 1999, Ahmet admitted to me that he was uncomfortable with some of the deals he had concluded during Atlantic’s early years. He also told me that his discomfort with the unfair, one-sided nature of some of those agreements was a significant factor in him donating substantial sums of money to the Rhythm & Blues Foundation, a charity set-up to provide aid to musicians from the 40’s -70’s. A number of artists previously signed to famous labels like Motown and Chess Records are recipients of hand-outs from the Rhythm & Blues Foundation.

Whilst I have no desire to belittle the efforts being made in this regard, if the music business instituted effective punitive sanctions against the original labels or their current owners who mistreated their artists, there would be no need for the victims of unfairly constructed agreements to be reliant upon charitable gestures from people who may have significantly profited from those dubious contracts. Substantial compensation would generate far more revenue than charitable giving ever could and would put those legendary music veterans fully in charge of their own financial destiny. Music Justice is actively seeking to represent artists (or their legally entitled descendants) who were subject to highly questionable agreements – particularly those concluded back in the day.

We can’t turn back time, but the music industry needs to turn the tide.

I keep hearing that there is no time machine in which people can travel back to change what took place in previous eras, but that somewhat misses the point. The culture of theft and abuse that has been woven into the fabric of the music business since its very inception won’t change until the penalties for stealing exceed the hoped for profits. The recordings created or acquired by companies who deployed abusive, manipulative measures, are still being commercially exploited today. One merger gave rise to another. Executives received incredible bonuses for selling other people’s property, yet the root of how these recordings or compositions ever came into being has never been properly investigated before now – Music Justice aims to put that right. If the vast corporations who acquired music catalogues that were produced under legal duress were forced to compensate victims, they would quickly learn to be more circumspect about what they bought – and from whom.

There are ‘gatekeepers’ who make sizable sums of money from ‘selling’ young and vulnerable people to major record labels. This startling example of modern slavery will not stop until the odious ‘facilitators’ are fiscally punished for their wicked actions. Music Justice is currently implementing plans to materially damage the ‘enablers’ who are always around when the money is initially being handed out, but are nowhere to be seen when people’s dreams, lives and careers lay in tatters later down the line. Money alone won’t solve all of the issues surrounding the music business, but since deceitful riches represents the single biggest ‘driver’ motivating people to treat other human beings as ‘commodities’ – taking away their money by way of recompense for their victims is the most effective way to ensure a permanent change of current practices.

Some artist receive payments from streaming platforms that are so miniscule, that even after their product has been ‘consumed’ millions of times, they receive barely enough money to buy a decent cup of coffee. I talk to creative people everyday who see that their music is being propagated all over the world by globally recognised companies, yet despite the ‘likes’, ‘shares’ and other digital affirmations that arrive everyday, the fiscal rewards that ought to follow their apparent success, simply never arrive.

Huge web giants like Google, generate hundreds of millions of dollars in revenue every year from selling advertising on the back of what they know to be pirated music, yet are not currently required by law to pay proper rate of remuneration to the hardworking artists who created the compositions that consumers are listening to. Music Justice will lead the fight to secure equitable payments for genuine copyright owners.

The time has come for the victims of robbery, abuse and manipulation to be properly compensated.

The purpose of Music Justice is to represent people who have been wronged and to help them gain the compensation they deserve. If you believe that you may be due compensation due to copyright abuses, breaches of contract or other actions that were legally detrimental to your well-being, Contact Us Today to see how we might be able to help you. Always remember: “We will fight for you.” – Errol Michael Henry