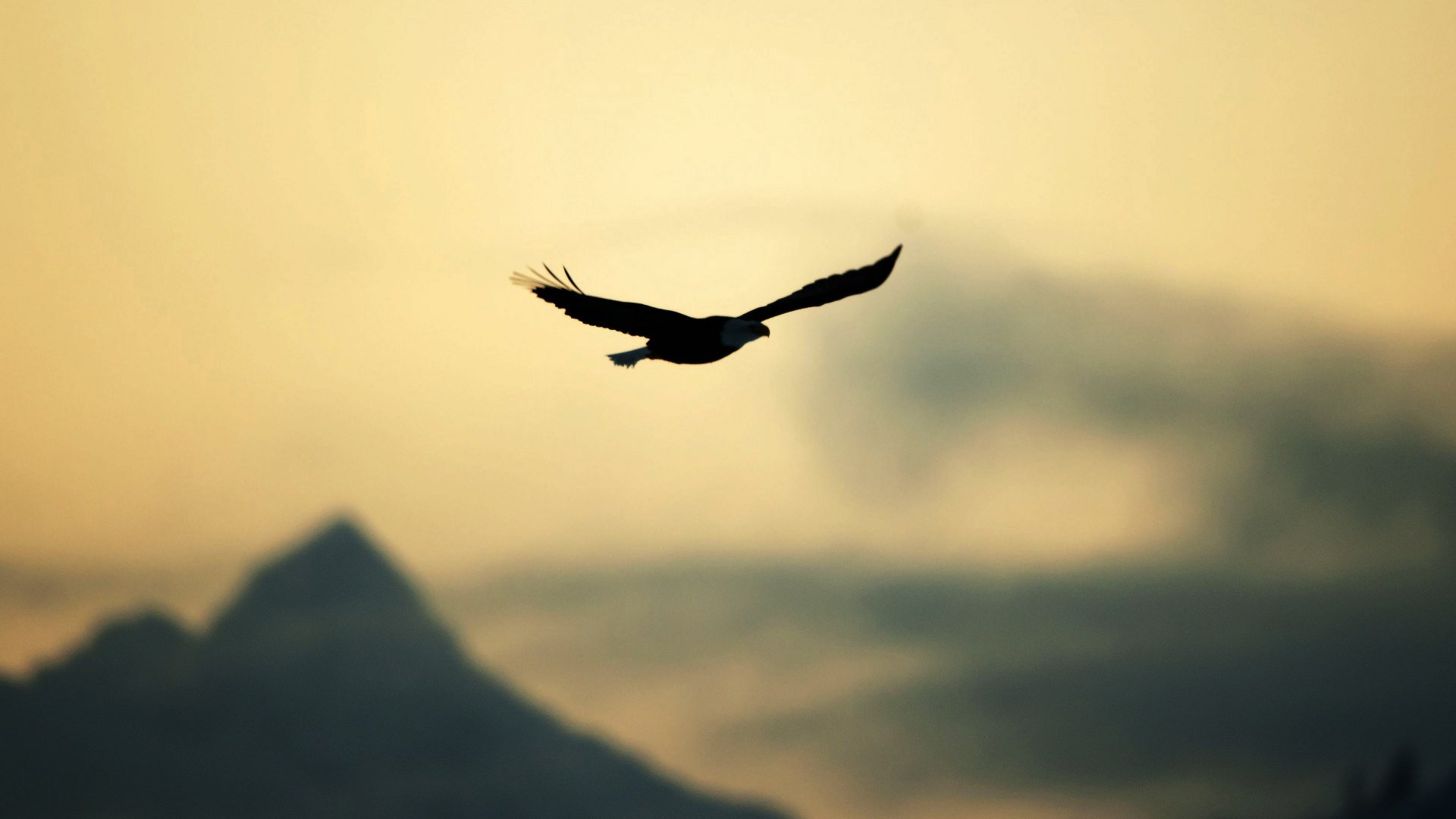 Freedom – An Ideal Well Worth Fighting For

The absence of or release from ties or obligations

Freedom means different things to different people, but everyone wants to get, retain or to recover personal freedoms. The sheer intrinsic value of freedom is why others seek to steal it – whenever possible. It is entirely possible ‘kill’ someone many times over by systemically taking away their sense of freedom until they are a shell of their former selves beset with low self worth. The music, fashion and film industries all understand the power of freedom and have developed sophisticated mechanisms to entrap people. The exploitation of human beings for capital gain has been going on since the dawn of time and the music business relies on a conveyor belt of desperate, ambitious or poorly educated victims to fund its continued growth. The removal of personal, fiscal or creative freedom doesn’t occur accidentally, but is a fundamental facet of the long-term business plans of some global music conglomerates.

It’s not only money that is too often stolen from musicians. Some are denied the right to sincerely express themselves and are forced to perform music that bears no relation to their true artistic capability – simply to stay ‘onside’ with their masters. Others have no choice over what clothes they wear, how they are presented, who they work with, how much they earn or how their music is promoted, because they are in every sense, ‘enslaved’ by contracts that were specifically designed with that purpose in mind. Intimidation, manipulation or sheer deceit is often deployed in order to coerce people into accepting decisions that are not in their best interests. I’ve seen first-hand the kind of threats made to artists that their marketing, promotional or recording budgets would be cut to shreds if they refused to compromise their personal principles and do precisely as they were told – even if what was being proposed would ultimately ruin their careers.

There’s no such thing as a free lunch…

The desire for fame, public adulation and the prospect of vast material wealth tempts some artists to sign agreements that they’ve never even read – just to get the cash advances arising from the deal. Others are simply desperate to find a home, feed or clothe themselves and consider the short-term loss of their freedom a price worth paying, although few still believe that to be the case once the true cost eventually becomes clearer. The people I feel most sorry for and I am most passionate about helping are the trusting souls who honestly have no idea what they were letting themselves in for.

Managers looking for a quick buck, lawyers short-changing their clients in order to collect ‘back-handers’ from the companies they were meant to be fighting, plus accountants appropriating client funds for their own purposes are common practices in the music business. Some artistically gifted people entrust their business affairs to others because they find entertainment contracts very difficult to understand, which is unsurprising since typical legal agreements are intentionally drafted using overly complex terminology designed to create maximum confusion. I talk to musicians all the time who literally have no idea what agreements they are subject to, what their liabilities are, what their entitlements are, or when they are due to be free from any legal constraints. It is not hard to understand why so many eventually complain about being ‘ripped off.’

Legally binding agreements are supposed to protect the associated parties from unreasonable behaviour. Contracts are a necessary mechanism to protect both parties in any business arrangement. Music companies (large and small) rely on contracts to protect the value of their investments and a lack of respect for contracts by either party is detrimental to everyone. Without proper agreements companies cannot sensibly invest in talent if those artists can simply wander off elsewhere as and when the mood takes them. By the same token, companies should not profit from the commercial benefits of artists creative output without paying them fairly. Music Justice exists to ensure a more equitable distribution of revenue.

The music business as we know it wasn’t designed to treat people fairly.

Sadly, the music industry has always attracted mean-spirited, ungracious and dishonest people – from both corporate and creative perspectives. I know of a very famous and highly respected music executive who gained control of extremely lucrative recording rights while the signatories were high on drugs that he had supplied for that very purpose. Contracts are not wrong in principle, but unfair agreements cause misery, fiscal hardship and have driven people to alcoholism, drug abuse, self-harm and even suicide. So the question begs: “How do so many performers find themselves subject to agreements that fail to effectively protect their rights, creativity or freedom?” The simple answer is that too many lawyers who were retained and paid to represent their clients, quite often betray them into the hands of predatory corporations – leaving them wide open to all manner of abuses.

There is a ‘boys’ club’ that exists for the sole purpose of its members: a collective from which honest people are absolutely excluded.

On numerous occasions when I have been offered contracts by major companies, they gently ‘suggested’ that I use a particular legal firm – I later discovered that the lawyer that was supposed to be representing me, actually had long-standing ties and complex business dealings with the record company I was doing my deal with. When I insisted on detrimental clauses being removed from a draft agreement, my own legal counsel would actively persuade me that these clauses were ‘industry standard’ and that it would be ‘unwise’ on my part to rock the boat.

Many artists trust their lawyers implicitly to take care of their best interest – which is a serious mistake. I cannot stress enough how important it is for anyone considering signing a legally binding agreement to ensure that they have a clear understanding not only of what they are likely to be getting from the deal, but also what they stand to lose too. I heard the awful tale of a very successful internationally renowned singer who discovered quite late into his career that his recording contract was quite literally to last for the rest of his life. He was never getting out. No matter how many records he made, songs he wrote, or shows he performed, his life was no longer his own and even after he died – his family would never recover the rights to the extensive body of work he created during his career. This represents a graphic example of how the music industry manipulates, controls and exploits people – even after they are dead.

Contact Us Today to let us know about any experiences you feel would prove helpful to our readers or if you feel that we might be able to assist you in some way. Billions of dollars are currently changing hands between music delivery platforms and the larger music organisations. The rapid growth of streaming and downloads opened up new streams of income, yet many of the people who created the content that is being consumed by the general public, are yet to see a single dime from the vast revenues that are currently being generated. The digital age is in many respects akin to the lawless gold rush of yesteryear, only the rules are intentionally less clear!

Some companies are robbing their artists blind. Streaming represents a new technological format that didn’t exists when many typical artist agreements were originally drafted, so some of the music currently being delivered digitally is being sold illegally. Companies are doing ‘side’ deals and hiding income that ought to be shared with their artists in places that have proved very hard to find due to the complex nature of digital payments and the opaque nature of many of the deals that have been struck. Music Justice exists to expose and to unravel these corrupt covenants.

The time has come to free performers from the chains that bind them.

Restricting people’s right to perform, whilst offering no firm guarantees that the music created during the term of their recording contract will actually see the light of day, represents a culture that has no place in decent society. I want to work with both artists and companies to find a balance that treats all parties with respect. The time has come for light to shine on the widespread practice of contractual breaches that devastate lives on a daily basis. Freedom is life – and life is freedom: the music industry is not and cannot be exempt from that fundamental truth.

One-sided, legally and morally dubious agreements must be challenged, revised or utterly revoked

If you believe that you have been subject to any of the unfair practices outlined in this article, please Contact Us Today Help is at-hand and even if you do not have access to your original contract or didn’t sign one at all, we might still be able to assist you and remember: “We will fight for you.” – Errol Michael Henry